An official game based on the anime from Gainax 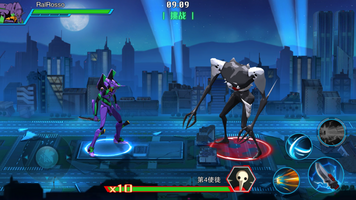 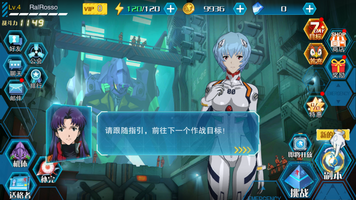 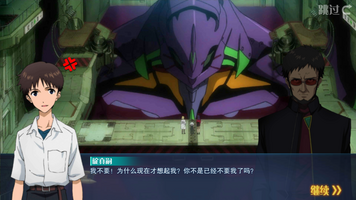 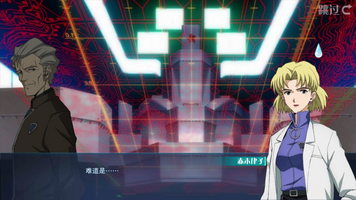 Advertisement
Evangelion: Dawn Break is an action game based on the popular anime from Gainax, where giant robots piloted by adolescents have to try to save humanity from judgement day. More specifically, the game is inspired by the films that reinterpreted the original story, plus a few never before seen designs and situations.

In story mode you advance through various story arcs, starting with the arrival of Shinji Ikari at Nerv and finishing before the battle between EVA-01 and Sachiel, the third Angel that attacks Tokio-3. The levels play like a side scrolling beat'em up, where you have to take down hordes of enemies that block your path. In addition to basic attacks, you can use special abilities with different cooldowns that you need to keep track of individually.

As you advance through you game you'll collect resources that you can use to improve your EVAs or unlock new ones. The game also features other game modes, including one mode that's practically a new MMO on Android.

Evangelion: Dawn Break is a treat for fans of Hideaki Anno's title, where you can finally enjoy an official title inspired by one of the most influential anime series of the past few decades.
Reviewed by Raúl Rosso Translated by Nick

This game is in Japanese.
Advertisement

Why is this app published on Uptodown?
(More information)

There are opinions about Evangelion: Dawn Break (Asia) yet. Be the first! Comment Oh God!
Purify Heaven and set an example by condemning to Hell
Fruit Rush
Anger of stick 5
Beat levels on the basis of your anger
Tanki Online
Destroy enemy tanks while protecting your own
Hay Day
The most entertaining farm on Android
Athletic Club
Futbin
A FUT 18 database for you to explore
World of Warships Blitz
Online battleship combat